Coupons and Travel Deals For Turkey.

Istanbul, the biggest and capital city of Turkey, is home to over 14 million people, making it one of the most-populated cities in the world. It is among the most ancient cities, that is divided between the East and West, Asia and Europe, in terms of culture and history. This makes it quite a fascinating city that has many destinations to visit and things to do. There are also some great savings available on accommodations as well. Below are some of the places you should visit and best things to do in Istanbul to make the most out of your vacation or holiday trip. 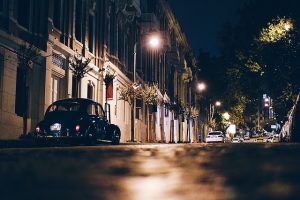 Save on your Istanbul tours with this coupon code for Travelocity.

1. Make a one-day sightseeing tour at the Istanbul Shores.

Among the best things to do in Istanbul, is making an excursion on the shores of Istanbul and see the best with the help of a local expert guide. Spend some time at the Istanbul Port exploring the world class city’s many. Such a sightseeing tour will ideally serve as an introduction to this diverse city that spans two continents. You can visit the Superb Blue Mosque, The Hagia Sophia and that has Byzantine mosaics Ottoman architecture and the museums of Topkapi Palace. After the sightseeing tour, you can go back to your ship for departure. You can as well enjoy Turkish bath services at any time of the day during the excursion.

The Basilica Cistern was constructed to store and provide a water filtration system for the Great Palace in the sixth century. However, due to changes and developments, the Basilica lay unused and disregarded – at one time it was used as a dumping ground for waste and even dead bodies. It was reconstructed, underwent cleaning and restored three times. Mud was removed from the cisterns. and the touring boats replaced with platforms. The Medusa is also found in the NorthWest part of the cistern. Today, it is among the most prominent attractions.

3. Shop in The Grand Bazaar

The Grand Bazaar has over four thousand stalls including shops, dealers, and restaurants; it also has its mosque. Anything you need can be found here, from cars, gold and silver, carpets, cosmetics, utensils, books, clothing, purses, foods, electronics and much more. Goods in the Bazaar are both cheap and expensive; therefore, everyone can enjoy shopping. At Dhoku, you will find hand-woven Turkish kilims with cool designs by the international design group, Superpool. Their prices are fixed implying there is no hard sell. Quality and authentic Turkish furniture can be found in Asmalimescit district where the best Turkey’s design group, Autoban, are based. Some of the hotels near The Grand Bazaar are The Tan Hotel, Ottoman Hotel Park, and Rast Hotel.

4. Enjoy Turkish dinner and shows during the night:

Make sure you enjoy an evening of traditional music and dancing during a night dinner and show in Istanbul. Istanbul City at night gives a typical view brightly lit and colored mosques that are fun to watch, do this while enjoying a Turkish rhythmic belly dance and more. Local guides will drive you to different dinner and show locations; you will enjoy Anatolian cultural group and pickup and drop off services from most central Istanbul hotels

Istanbul is a great city for history lovers. It has various Museums that you can visit. They include the Archeology Museum; the Tiled Kiosk and the Ancient Orient Museum. You can also visit the Palace First Court and storehouses after Topkapi Palace that is just nearby. The sarcophagus of Alexander the Great is a major attraction found in the Archeology Museum. You can also adventure around the ancient walls of Istanbul.

Attending a whirling Dervish show is among the best things to do in Istanbul. You can marvel at the whirling dervishes mystique as they dance their ceremonial ‘sema’ Mevlevi gracefully at the Hodjapasha Dance Theater. You will enjoy a culture-rich evening during a performance of choreographed old age and spiritual dancing that is accompanied by Persian chanting and traditional music. Before the show starts, you can enjoy a Turkish delight or a cold drink at the bar. It will be fun admiring the dervishes as they twist and elegantly turn their white flowing gowns. While in the show, feel the classical Turkish music. dance passion as the Dervish spins in choreographed motion. You will also enjoy poetic songs and ancient Persian prayers.

7. Uncover the rich Jewish culture History during a private-guided tour in Istanbul.

This tour allows you to explore old Jewish synagogues like the Ashkenazi Synagogue and the Etz Ahayim Synagogue where you will learn about Istanbul’s Jewish heritage. You can enjoy visits to famous sites like the Jewish Museum of Turkey (Zülfaris Synagogue) and the Galata Tower to have an in-depth understanding of the Jewish history and Muslim coexistence from the ancient times through Roman Empires, Byzantine Empires, Ottoman empires to present day Turkey.

8. Plan for a Dolmabahce Palace Tour in Istanbul

To have the most out of your Istanbul tour, consider making a 3-hour guided tour in the Dolmabahçe Palace tour. After that, head to the Bosphorus Bridge where you will experience the Asian side of the city. This is the home to former Sultans and nobility. Enjoy seeing its elegant rooms that include the Medhal Hall and the Crystal Staircase. Later climb the Çamlıca or Yeditepe Hill and snap some photos from the best paranoic viewpoints of the city. You will also admire the palace’s European architecture and Ottoman. Learn about the first president of Turkey, Mustafa Atatürk who lived and also died in the palace. Finally cruise back to your hotel once the tour ends.

After a long trip, enjoy a fantastic local cuisine at a Turkish Kebab House. Fresh fish and seafood are also in abundance in Istanbul. You can enjoy a diverse selection of Turkish delicacies, Turkish coffee, and liquor such as Raki.

The Hippodrome is located on the square near Sultan Ahmet Mosque. It is 480 meters long and 117 meters wide. It is a large amphitheater that can hold up to 100,000 people. In Roman times and Ottoman times, the Hippodrome hosted chariot races, polo games and other social events such as circumcision of the crown prince.